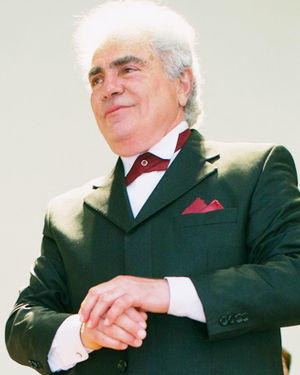 Gevorg Muradyan was born in 1947 in Yerevan. In 1973 he graduated from Yerevan Komitas State Conservatory, department of opera and symphony conducting with honor.

From 1974-1990 he was the conductor of Armenia TV and Radio Company’s Symphonic Orchestra. He is the winner of the 5th All –Union Competition of Conductors, which took place in Moscow in 1983. From 1986-1987 he improved his skills while obtaining his PHD degree at Vienna Musical Academy. In 1991 he was appointed conductor of the Yerevan Symphony Orchestra, in 1995 Artistic Director and Conductor of the Philharmonic Choir. As a conductor he conducted spiritual music concerts of the Armenian National Philharmonic Orchestra.