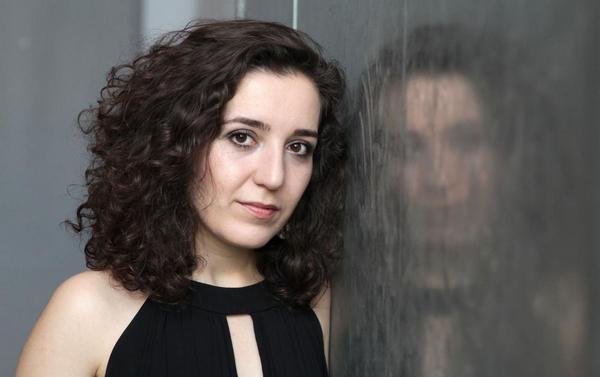 Born in Yerevan, Armenia in 1985, Lilit Grigoryan started to play piano at the age of seven at the Al. Spendiaryan Music School with Prof. Arkuhi Harutyunyan. She was a student at the Komitas Yerevan State Conservatory with Prof. Sergey Sarajyan, before she entered the Hochschule für Musik und Theater Rostock in the class of Prof. Matthias Kirschnereit in April 2014. She graduated in Rostock with the highest distinction.

From 2012 to 2016 Lilit Grigoryan was also Artist in Residence at the Queen Elisabeth Music Chapel in Belgium, the first year under the direction of Abdel Rahman El Bacha and the following years under Maria-João Pires. An intense and inspiring collaboration with Maria-João Pires gave Lilit the opportunity to find new ways of communicating and sharing her passion for classical music with others. So under the presidency of Ms. Pires, Lilit and her colleagues created the Partitura Association in 2016.

Lilit Grigoryan has received invaluable artistic advice from Menahem Pressler, Elisabeth Leonskaja, Steven Kovacevich, Zoltan Kocsis, Gabor Takács-Nagy, Dmitri Bashkirov, the Tokyo String Quartet and others. In 2009 she took part in the Verbier Festival Academy, where she won the Tabor Piano Award of the Academy and was re-invited to attend the Academy in 2010.

In 2008 Lilit received the prestigious Culture Prize of President of Armenia. She was also awarded honours by the State Duma of the Russian Federation and the Mayor of the City of Yerevan.

Lilit Grigoryan has appeared in several renowned International Festivals such as Schleswig-Holstein, Mecklenburg-Vorpommern, Gezeitenkonzerte, Young Euro Classics and Kultursommer Nordhessen in Germany, Auvers sur Oise, Colmar and Menton in France, Verbier and Montreux-Vevey in Switzerland, Midi-Minimes in Belgium amongst others.

She has been toured in 27 countries all over the world and has played in venues such as the Konzerthaus Berlin, Philharmonie Essen, Laeizhalle Hamburg, Concertgebouw Amsterdam, Salle Cortot and Cité de la Musique in Paris, BOZAR and Flagey in Brussels, Palau de la Música Catalana in Barcelona, and Steinway Halls in New York, London and Hamburg.

During her years of studies Lilit has been supported by various foundations Safran, Horst-Rahe, Deutsche Stiftung Musikleben and the Keyboard Charitable Trust. She has also won a Scholarship from Yamaha Music Foundation of Europe.

In addition to her activities as a soloist, Lilit Grigoryan is also a devoted chamber musician. She regularly collaborates with artists such as Maria-João Pires, Alexandra Conunova, Andrei Ionita, William Hagen, Sarah Christian, Hiyoli Togawa, Pau Codina amongst others. In 2017 two chamber music recordings, together with the violinist Sarah Christian and the violist Hiyoli Togawa, will appear issued by the Genuin and Naxos labels.
In February 2012, the label DiscAuvers released Lilit Grigoryan’s debut CD with works by Scarlatti, Schumann, Bartok and Khachaturian.