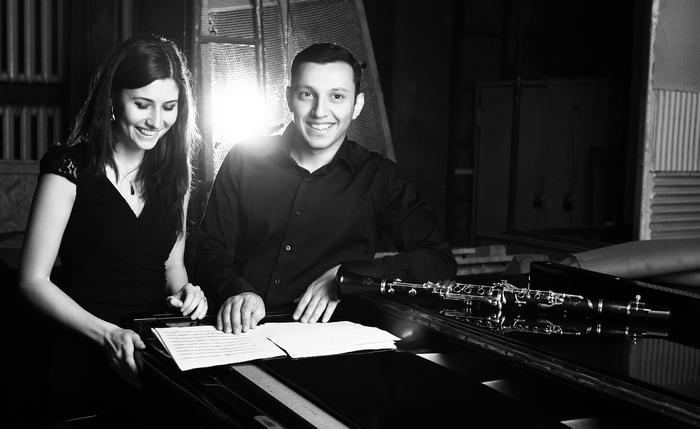 From the very beginning of its formation it is of high importance for the State Youth Orchestra of Armenia (SYOA) to support the activity of its ensembles and to foster the establishment of new ones. In April of 2015 the joint efforts of SYOA musicians and its artistic director and principal conductor Sergey Smbatyan resulted in creation of the unique ensemble - the Abgar Muradyan Duo (clarinet and piano).

The ensemble bears the name of the Honored Artist of RA, prominent clarinet player and pedagogue Abgar Muradyan. Muradyan was such an artist who had his great input in the activity of the Youth Orchestra since its formation; always giving advice to the young musicians, he did his utmost to possibly support them in their professional improvement. He had a lot of talented students: nowadays some are included in the staff of Armenian and foreign orchestras, others are leading soloists. Davit Gyulamiryan is one of them.

The Abgar Muradyan Duo has already performed both in Armenia and far beyond its borders. The duo performed with numerous concerts in Armenian and also had concerts in Russia, namely at the Moscow International Performing Arts Center and the palace of the tsar Alexey Mikhailovich.