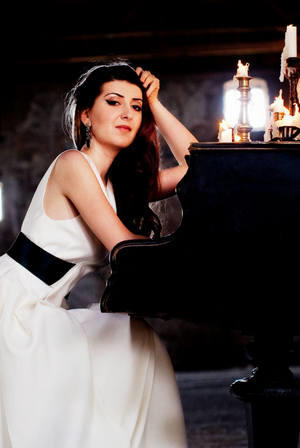 Following her successful debut solo album released in 2009 with Canadian Analekta Label, Nareh signed with Pentatone Records in 2011, releasing a CD of solo works by Rachmaninov to a great critical acclaim. Furthermore, she was selected as the Artist of the Season by Pentatone and partnered with Rundfunk-Sinfonieorchester Berlin and Alain Altinoglu to release 2 more CDs containing Liszt’s all piano-orchestral works as well as Prokofiev and Khachaturian Piano concerti to a great acclaim. Her CD’s were included in some of the most critical music magazines as the recording of the year, best new classical album, artist of the year, outstanding choice, best upcoming artist (LeDevoir Montreal, Culturecatch magazine, Codaex reference, Diapason d’Or, Musical America Magazine, International Record Guide magazine,  CD choice UK,  BBC Music Magazine and Gramophone).

Nareh often improvises and makes transcriptions of the famous orchestral and instrumental pieces by composers like Bach, Tchaikovsky, Piazolla, Komitas, Khachaturian, Rachmaninov, Strauss, Tarrega and others.
She also participates and performs for benevolent projects in France, Germany, Austria, Armenia and USA to support causes such as children suffering with leukemia in Armenia, assisting orphanages and disaster zone victims gathering more than 200 000 Euro for beneficial purposes.

Born in Armenia in 1989, she studied with Alexander Gurgenov at the Tchaikovsky Music School in Yerevan and at the age of 15 became the youngest student to enroll in the University of Music and Performing Arts in Vienna in the class of Heinz Medjimorec. Nareh continued her studies with Avedis Kouyoumdjian as well as with Arie Vardi in The Hanover University of Music and Drama.