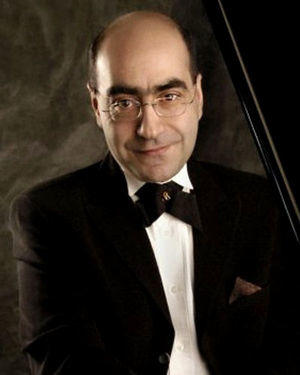 A prize-winner at several of the world's most prestigious international piano competitions including the Leeds, the Van Cliburn, the Guardian Dublin, the William Kappell, the Gina Bachauer, and the World Piano Competition, Armen Babakhanian has captured the imagination of the audiences and the critics alike through the intensity and honesty of his performances.

Festival appearances include the Aspen, Interlochen, Santander and Baalbec Music festivals.  Babakhanian's performance of the Shostakovich Piano Quintet with the Takács Quartet during Santander Festival in Spain was named the best chamber music performance of the festival. Mr. Babakhanian has recorded for the ASV, Real Sound and Sigmund Classics labels. His performances have been broadcast on BBC, PBS (USA), ORF (Austria) and RAI (Italy) television networks. His recording of the Tchaikovsky piano sonatas has received rave reviews in the European press. Mr. Babakhanian's recent recording of Complete Piano Works by Aram Khachaturian was awarded the “Best Classical Album of the Year” at the Armenian Award 2007.

In addition to his performing career, Mr. Babakhanian has served as jury member for several international piano competitions, including the Gina Bachauer, Prokofiev, Rachmaninoff, Khachaturian and most recently Maria Callas International Piano competitions. He has taught numerous masterclasses in Russia, United Kingdom, Spain, Japan, China, Iceland and the United States. Mr. Babakhanian is currently an Artist-in-Residence at the Yerevan Komitas State Conservatory, where he also received his musical education under Professor Anahit Bogdanyan.