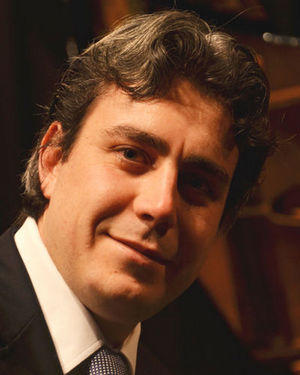 Paolo Baglieri is one of the most prominent personalities of his generation. Acclaimed as “a pianist that perfectly mixes his personal view with the composer's ideas”, he is the winner of many international piano competitions.

Mr. Baglieri has been the piano professor at the Conservatory of Music of Jerusalem, as well as he has taught in Pavia and Conservatories in Italy. Invited as jury member of such international piano competitions, as Treviso International Piano Competition, Paderewski International Piano Competition among others, currently he holds the positions of President and Artistic Director of the prestigious Italian academy Talent Music Master Courses of Brescia and President of the Verona Music Fest.

Born in Italy in 1984, Mr. Baglieri graduated from the Catania Conservatory. It was followed by the studies at Codarts – University of Arts of Rotterdam, the Ecole d'Enseignement Superieur de Musique, de Danse et d'Art Dramatique “Schola Cantorum” of Paris. Major influences in his musical development were studies with Pavel Gililov, Gabriel Kwok, Benedetto Lupo, Boris Petrushansky, and Sergio Perticaroli.