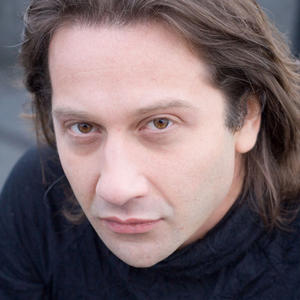 Valerian Shiukashvili started taking piano lessons at the Z. Paliashvili Central Music School at the age of 12. Shortly aﬅer, he performed Mozart's Piano Concerto N. 23 with an orchestra. This appearance was highly acclaimed by music critics. In 1992 Valerian became the winner of the All Union Competition in Russia, which brought him one year invitation to study at the Moscow School-Studio “Young Talents”. A year later he was accepted to the Moscow Central Music School.

Since 1993 he has been the laureate of the International Charitable Program “New Names”. Mr. Shiukashvili has concert engagements in many countries of Europe and Asia, as well as in Russian Federation. His name was added in gold letters to the book of the stars of the XXI Century.

Mr. Shiukashvili is the winner of many international piano competitions. In 2000 he graduated from the University (Master's and Postgraduate degrees with honors). Valerian founded his first National Competition at the age of 24, which he named aﬅer his beloved professor Nodar Gabunia. In 2013 the Competition was given an International status.

In 2010, as a director of Georgian Art Academy, Mr. Shiukashvili established national and international music festivals in different regions of Georgia. In 2015, Valerian Shiukashvili became a board member of the Federation of International Competitions and Festivals. The same year, Georgian University invited him to serve as a director of the newly opened Georgian Academy of Music.